Some say they’ve been arguing for years.
Others say it’s just a really long foreplay session.

Tara Sue Me returns to the seductive world of the New York Times and USA Today Bestselling Submissive Series with a new standalone romance.

Evan Martin isn’t sure what it is about Kelly Bowman that makes him want to push every button she has and then find new ones so he can push those, too. He swears up and down he’s only interested in getting under her skin, but he’s pretty sure everyone sees right through him. What other choice does he have, though? She’s a Domme and he’s a Dom, there’s no way they could ever work. Not that he’s interested. Because he’s not.

So why does the news she’s moving halfway across the country leave him feeling lost?

Kelly’s not certain exactly what she’s looking for, but she knows it isn’t going to be found in Wilmington, Delaware. After living through several northern winters, she’s ready to move back to her childhood home of Dallas, Texas. What she’s not ready for is to say goodbye to an infuriating Dom she can’t get out of her mind.

A drunken confession to Evan at her going away party has the potential to change everything, but is Evan willing to take that chance? 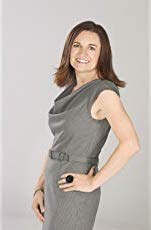 Even though she graduated with a degree in science, Tara knew she’d never be happy doing anything other than writing. Specifically, writing love stories.

Now she is focusing on new contemporary romances that allow her the freedom to write and publish on her own schedule.